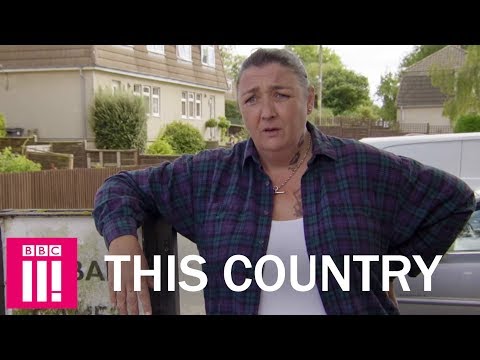 excellent stuff
Loved this series, hope they get the nod to make another 6 episodes. I was a little unsure after the first 10 minutes of episode 1, being new to the characters I instantly noticed a striking similarity between Kurten and Gareth Keenan from The Office which I found a little alarming, but as I became more familiar with the show, it gradually grew on me. One of the unsung hero’s of this program is the unseen mum of Kerry Mucklowe, all you hear is the strains of the mother coming from her bedroom shouting at her daughter..and in one episode, a Playstation comes flying out of the window. It’s a big shame that this series didn’t get a much wider audience , I only happened to hear about it via an interview with the main actor/writer Daisy May Cooper on my local BBC news show ‘Points West’, it definitely deserves a 2nd showing on BBC2 at a much more reasonable time than the 11:30 BBC1 slot it was getting after Match of the Day on Saturday night. This show is a little gem.

Pure genius
Honestly I don’t know what to say about this show, I’ve rewatched the 2 series easily about 4 times, each time laughing at something new. Daisy and Charlie cooper, really bravo, the writing, performances and characters are unforgettable. In my opinion this is easily on par with the office. Absolutely brilliant!