What a Mess!
The trailer for this movie looked really good, so I rented it this weekend. The Good: The story-line for this movie is actually quite creative. The overall thoughts about reincarnation were thought provoking. I thought that Oak (Tommy Ragen) did a really good job acting for a very young man. Taylor (Raven-Symone) was also quite good. Now the Bad: There was so much bad, especially if you were able to watch the whole thing. The production value was akin to a Lifetime Movie that never made it on air. So much bad acting, Darby (Ben Milliken) was horrible, and his character wasn’t even needed in the story. Everybody else was just about as bad. But the standout bad actors were the Grandparents. Looked like they were reading from cue cards. Another notable bad acting job was from Valerie (Alexa PenaVega). She is supposed to be some heroin addict, but her whole house always seemed quite tidy, including her bed. She also had a scar on her head that was presumably from 10 years ago, but it looked like it was still bleeding. They mention the value of the guitar as $3000. They mention this no less than 15 times during the movie for some reason. Every time they talk about the guitar, it has to be mentioned that it is worth $3000. Don’t waste your money on this. 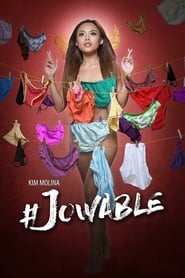